Breaking Down Barriers: A Story of Courage, Determination and Success 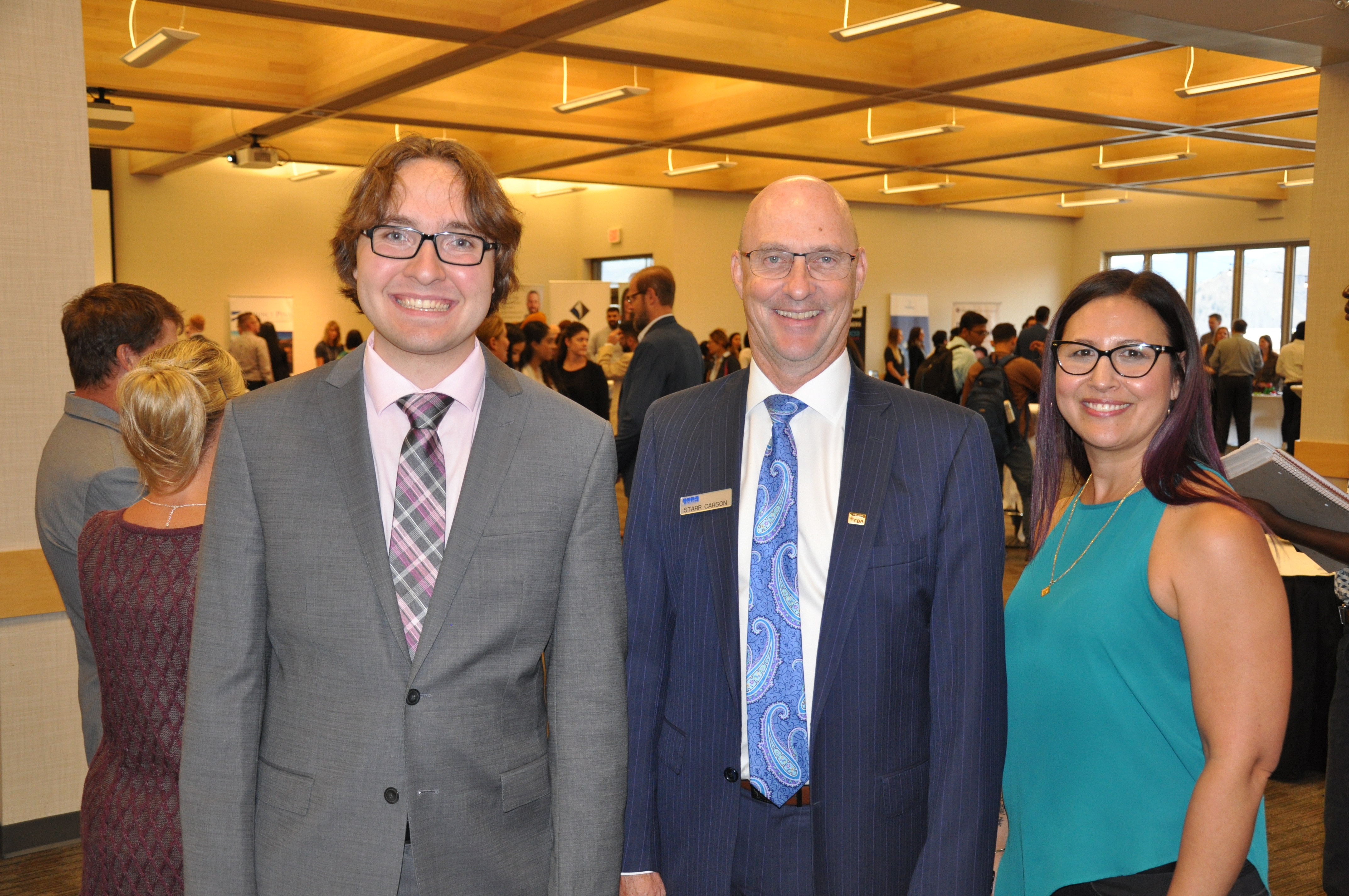 Thompson Rivers University co-op student, Dylan Salviati, recently accepted a full-time position as a junior accountant with prestigious accounting firm, KPMG.  For Dylan, getting to this point in his life was not an easy ride.  When Dylan was young, he was diagnosed with autism and told by the assessor that he would never read or attend post-secondary education.  Disappointed by this news, Dylan believed that a future that included a university degree was impossible.  While still in elementary school, Dylan participated in a research program that involved the use of singing to help children with autism learn how to read.  Through this program, Dylan learned to read and went on to attend high school.   In high school, Dylan approached his academics with a positive attitude and discovered he was excellent with numbers.  Through his openness and willingness to help others, Dylan gained the respect and friendship of his peers.  As you already know, Dylan went on to attend post-secondary and is now a successful co-op student with a promising future as an accountant.  But, that’s not the whole story.

As a co-op student at KPMG, Dylan had an important decision to make: whether or not he should disclose to the employer that he has a disability.  While he believes that attitudes about disability have come a long way, he was still worried about discrimination.  Dylan says, “Invisible disabilities are the most difficult to talk about because a first impression from an employer might be that I look normal but once they have a chance to interact with me they realize there's something different.”  He also explains that, “Everyone is different and while there are similarities, each person’s experience with autism is unique.”

Dylan wanted to be able to speak openly about his disability because he believes that describing how he works best is an important aspect of working with employers who might not understand how a person’s disability impacts them.  Dylan’s disclosure was received by the employer as an opportunity to learn and understand how to best accommodate his work style.  Throughout his work-term, Dylan was able to demonstrate his strengths through commitment, hard work, and his belief that for him to be successful he must be open and genuine.

Dylan’s courage opened up opportunities for learning and created a safer space for conversations about how disability touches people’s lives.  He hopes that sharing his experiences will bring awareness to the impacts of stigma and discrimination and empower other people with disabilities to pursue their own versions of success.  For Dylan, he is profoundly grateful for the people who supported him along the way and attributes much of his success to those who believed in him.

“It’s people that change the lives of other people.” – Dylan Salviati